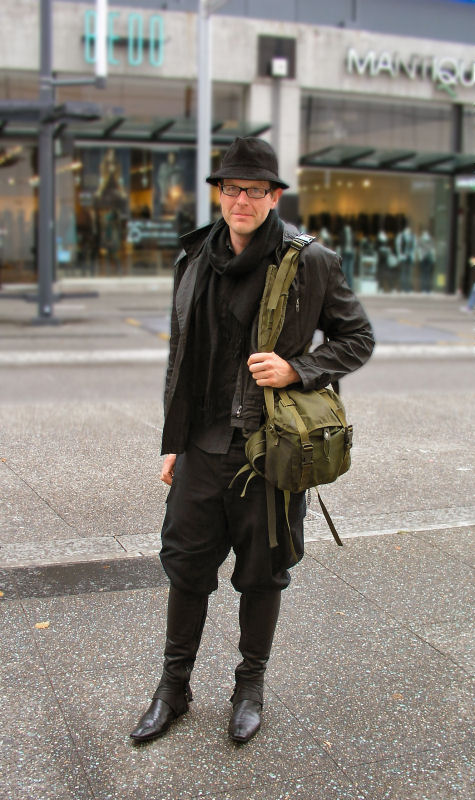 I glimpsed this man from behind and knew I had to take his photo. He had something of the classic Hollywood era about him, and inexplicably the movie The African Queen came to mind, more specifically John Huston, its director, who also made The Maltese Falcon and The Misfits. Doing a little research I found that there is a wee resemblance between the two men. I adore the jodhpur effect created by tucking the pants into the half-chaps, and his hat.

"Vain trifles as they seem, clothes have, they say, more important offices than to merely keep us warm. They change our view of the world and the world's view of us." Virginia Woolf