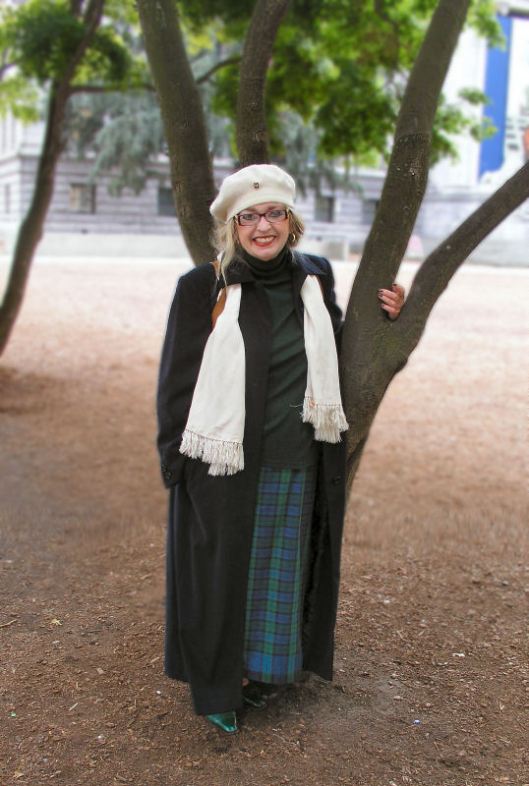 This woman’s look has a very French flavour for me, which is not surprising considering that she is from France originally. I especially love her green shoes and beret. As a girl, her father always used to put his oversized beret on her head, which is why, she supposed, she grew into wearing them later in life. She used to travel the world in the airline industry and was a hand model for Birk’s jewelry, not so much for the look of her hands, she said, but because of how animated they were! I took a photo of her hands below so you could see their expressiveness for yourself. 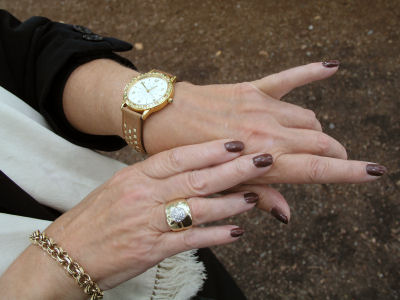 The design of her watch is a replica of Jacki O’s favourite watch. This woman was attracted to it initially by the woven leather strap. Beautiful.

"Vain trifles as they seem, clothes have, they say, more important offices than to merely keep us warm. They change our view of the world and the world's view of us." Virginia Woolf 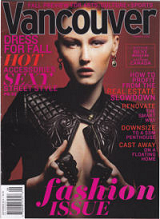